Unravelling the realness of the road.

I wrote some time back in detail on the variance in track conditions that can prevail in on-track sessions in rFactor 2 (here), but that piece only touched on what is probably the biggest new addition to ISI’s new sim, that is, the variance in track grip afforded by cars leaving rubber behind on track.  Or, as it is now named “Realroad.”

Build 118 of the rFactor 2 beta inaugurated this name and provided new functionality to manipulate the technology.  Pleasing features, but one has to wonder if this is an area where a lack of education led many to turn away from early beta builds.

You see, when things started out with this technology, every time you started a new session, or dived into a quick race, the track was green.  As fresh as the driven snow (though slightly more grippy) and lacking in the usual visual cues that many a simracer had come to appreciate.  Since the days of Papyrus’ Indycar Racing (which was 1993 for those of you not quite as old and grey as me) we’ve been treated to hints painted on our race tracks in the form of skidmarks.  Not dynamic, in those days, but usually enough to tell you that it was about time you stepped off the loud pedal and jumped on the brake pedal before you end up completely crashed and dead. 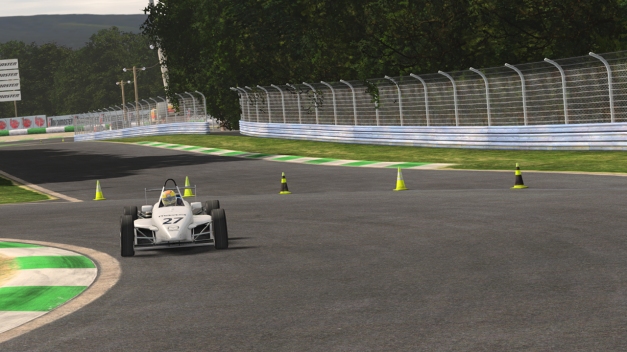 The Skip Barber 2000 slides on a green track

These cues were very useful.  I was running IndyCar Racing at a resolution of 640 by 480, this made corner entries, braking zones, anything at all, largely impossible to make out.  Without those black marks it wasn’t that easy to even know there was a corner coming along, not until you’d done seven hundred and nineteen laps and disregarded a term’s worth of homework, anyway.

However, these days racing sims are realised in resolutions higher than the eye can see, with more colours than a Mantis Shrimp can see; so a few missing skidmarks should not mean the end of the world.

What happens with RealRoad is that as one does lap, after lap, after-lap-after-“what happened to October?”-lap the rubber from your virtual tyres departs the carcass and drops itself onto the track.  Every skidmark is left behind, and, slowly, but surely, those visual cues arrive based on your own driving.  This process, naturally, is accelerated if there are more cars on track, and if there are twenty or so AI cars punting round, the track can be rubbered up within half an hour’s running.

This, pleasingly, is carried on to the next session, and the race. So a suite of Practice – Qualifying – Race will have an ever evolving track throughout.  Great stuff, and very consistent with real life; we see it all the time in Formula One that the fastest times in qualifying are always right at the end of the session.  Similarly, in NASCAR we hear of the teams working out setups to work best on the track towards the end of the race as reasons why their driver is languishing in the midfield in the early running.

rFactor 2 is still very much in development, and this technology is not perfect yet, but I do wonder how many people who downloaded the early releases spoke out about “no grip” or “slippery tracks” before they had given the track any chance to get any rubber down on it.  The early builds, I would say, overdid it a bit.  The “green” track was a little bit more like a green track at 5 degrees centigrade on a crisp January morning, scrabbling to get grip on a track that is used once a year.  Getting heat into the tyres, as the rubber bedded into the track, felt glorious, and laptimes fell to the tune of four or more seconds. 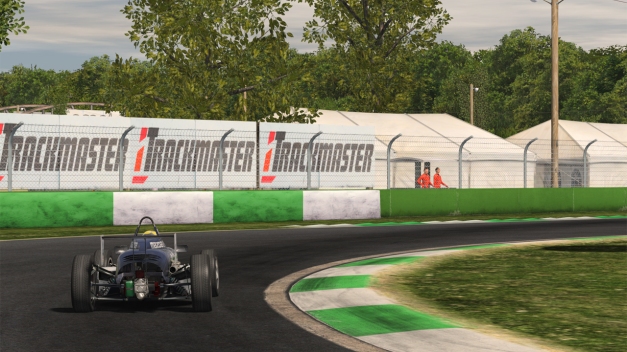 The track rubbers up…

More recent builds seem to have calmed this down, both in terms of how much grip goes down, and how quickly, but also in its visual representation.  There seems to be a gentle change in “green” grip, and less of a huge swing in laptime on a rubbered track.  Another new feature is the ability to save the “state” of the track for future use. So you need never have to start out on a slippery, green track again.

What we have here is a truly dynamic simulator. As mentioned in my other article, the track grip levels can vary considerably based on track temperature.  In future releases, this can be due to the shadows being cast on track at the given time of day.  The vehicle’s engine performance can differ based on the air temperature and humidity levels, and the vehicle’s behaviour will vary based on wind direction and power.  So, as well as all this, Realroad gives us another variable and it is a constantly evolving one.

What this means, for the budding simracer, is that setup has to be addressed on nearly every run. Not only might you need to monitor brake and engine temperatures, adjust ducts or radiator openings, but also constantly play with tyre pressures and cambers to find the optimum tyre performance envelope.  All of this, at the same time as all the usual adjustments to wings, gear ratios, springs, dampers, roll-bars and whatever else, to find a feeling that suits your driving style.

As a result, one can find oneself in the situation that many a real world club racer finds themselves in over a race weekend, that of “chasing the track.”  Sure, sometimes things will be more settled, as is often the case in many online rFactor 2 servers right now, sessions might be at the same time of day, temperature and weather, which can help you find a baseline, then you can fine-tune as the rubber builds up.  But all too often, in the real world, you find yourself running practice sessions on a cool morning, only to race in late afternoon a day later.  Thus, half of every session could be taken up with short runs where you tickle your pressures and cambers for the given conditions, nudging brake balance gently backwards as the extra grip being found by the rubber on track aids the braking performance at the rear.  This doesn’t leave much time to be playing with dampers.

Of course, in simracing we have oodles of track time, more than could ever be imagined by a club racer.  Historically, setups become an exercise in working to an optimum point, then saving it, and using it next time you race at the given circuit.  In simracing it seems setups get contentious, partly on this basis. Those with less free time decry the setup time that their more time blessed peers can indulge in, and many simracers would say that a good setup makes for what can be the only reason that any other driver could exceed their incredible on-track skills.

The truth in either statement is dubious; many can play with setups for hours on end and not necessarily find any more laptime than they would have done if they had not made any changes. At the same time, a bad driver cannot achieve miracles with setup alone.  Nonetheless, we have websites dedicated to setup databases, providing those that choose to avoid this deep and rich aspect of our hobby with a place to save on the “work.”

rFactor 2 is forcing players to re-think this design.  Gone are the days of a “perfect” track that never changes, where the sun always shines and ample grip abounds across the whole track surface.  Now we have a new challenge, and one that grants us much more realism.  This results in an approach that means that those with the time may not get such an advantage, as a baseline can be established in lone-practice sessions that can cover wing, gear and basic suspension settings, but any serious fine tuning of the setup could be a hiding to nothing if you are not certain of the approaching race conditions.  As well as this, running alone will not give you the grip on track that you will see in more populated sessions.

To an extent this levels the playing field. It means that, provided not every race is run on the default settings, every driver has to chase the track through the practice sessions, and as long as those sessions are not too long, no-one should arrive on the grid for the race feeling like they have got everything perfect. 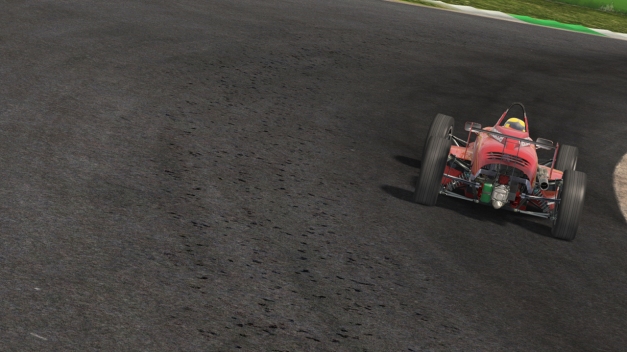 A gripped up track.

Regardless of your feelings about car setups in simracing, they are a feature that has been around for over twenty years, since the very birth of the genre.   The products we race in are simulators, and as such are there to replicate the feeling of the real-world vehicle. Many racing simulators have strived to accurately portray what can, or cannot, be adjusted on the fly in the racing vehicles they represent, and in my mind this should be celebrated. But many current simulators do not bring the whole package, they bring a superb simulation of the physics of the vehicle, but no simulation of the environment that the vehicle functions within.

Vehicle simulators are about learning; learning the vehicle being simulated. No flight simmer would jump into a Concorde and expect success without some serious reading and experience, though they may try a Piper Cub with less difficulty and learn their art.  The complexity we see in setup between a high-end single-seater and a Renault Clio is reflected in this. Learning the car, and how to make it work best for you, is part of the art of being a good race driver.  Maybe Michael Schumacher hasn’t had his hands dirty for a while, but you can rest assured he knows what every part of his Mercedes does when he takes it on track, and he knows how to make it work for him.

At the same time part of the race driver’s art is knowing how to understand a track as it evolves through a race weekend.  It’s about time us simracers got the chance to learn a little more.

19 comments on “Unravelling the realness of the road.”