My Sim Is Bigger Than Your Sim

Posted by spamsac on October 23, 2015
Posted in: General Simming.

Rice vs Wheat. Beer vs Wine. Alien vs Predator. Mario vs Sonic. As long as man has walked the Earth, there has been opinion based conflict. Whilst some carry far more serious weight and consequences than others, typically they are petty and ultimately trivial and pointless. Sim racing is no exception, with adults reduced to insults and trolling with the aim of proclaiming their sim of choice to be better than another person’s. What does it achieve? Well, as an outsider to it all, not a lot more than causing moderators a bit of hassle cleaning up their forums, and normal people feeling inspired to stop frequenting said forums.

In the fifteen or so years that I would consider myself having been “serious” about sim racing, there have been lean times and rich periods. Right now, be it through coincidence or otherwise (I think in no small part due the success and propensity for alternative funding routes to the classic publisher/box on shelf model), we have a rich selection of sim racing titles available to own and play. One could argue that, with titles such as Assetto Corsa, rFactor 2, iRacing, Game Stock Car Extreme, Raceroom Racing Experience and Project CARS, we are in a golden age for sim racing software. 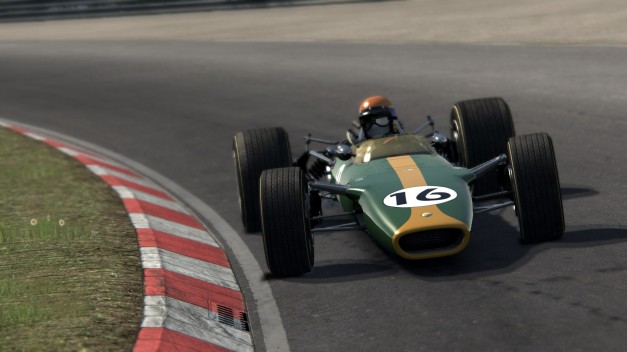 Yet, despite the fact that there are more titles, cars, and tracks to drive than there is time to fully explore and experience, people use their time to bitch and moan and, in extreme cases, run what can only be described as hate campaigns against their favourite title’s “competitors”. Putting aside the fact these people must have too much time on their hands, for me it begs one simple question: why?

The best answer I can find is that they seem to have a misguided notion that such action is somehow helping their favourite sim win some kind of invisible war. It isn’t. If you love AC, posting about how much you think iRacing and rF2 are awful does not help AC gain sales. Likewise, if rF2 is your thing, waging some kind of vendetta against any other title is not doing ISI any favours. As much as these campaigns might frustrate the developers of the titles you target, I can assure you it annoys the developers of your chosen sim equally if not more. 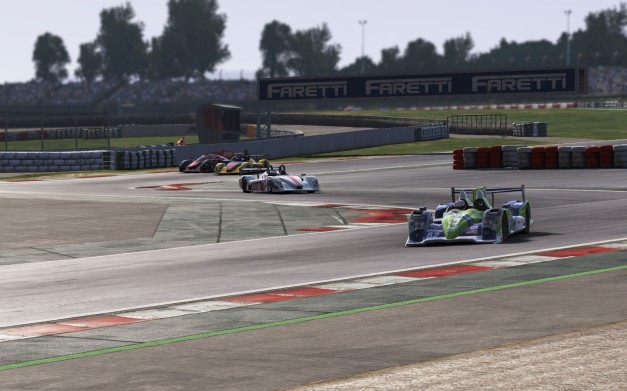 But, let’s be honest here, if someone can and does behave in such a way in the first place, it is likely that they are not the sort to listen to a reasoned plea to change their ways. So what do we do? Just accept the old “Hey, it’s the internet” argument? Walk away, ignore it, and hope it will go away? Well, I suppose that’s what I have done. My response, to the reality that public forums for sim racing titles have become oft unpleasant places to be, has been to seclude myself from them and to instead talk about sims in cosy private circles. There is a better level of conversation, and no one barking at me telling me I am wrong. I can talk with people that are reasonable, and that might disagree with me but don’t berate me. Is that the best way for all of us reasonable people?

Yeah, sure, in the short term. But it smacks a little of giving in. And what’s more, that doesn’t help sim racing developers or the community.

I buy most titles that come out (even ones I know I won’t play). I’ve donated to projects, Kickstarted, Indiegogoed, Early Accessed, supported; with my wallet and/or with some words I support/have supported the development of numerous titles over many years. That’s all well and good, but am I guilty of turning away and ignoring community behaviour I don’t like? And whilst that’s not necessarily wrong per se, it is just leaving the mess for someone else to deal with? Ultimately, one way or another, that someone is often the developers themselves. For the time, effort, sweat and tears they heave into creating a comprehensive suite of eminently drivable racing simulators, is that in any way fair? Do they deserve to hear hateful, spiteful negativity when they put their money on the line to create niche video games that will sell less copies than Goat Simulator? 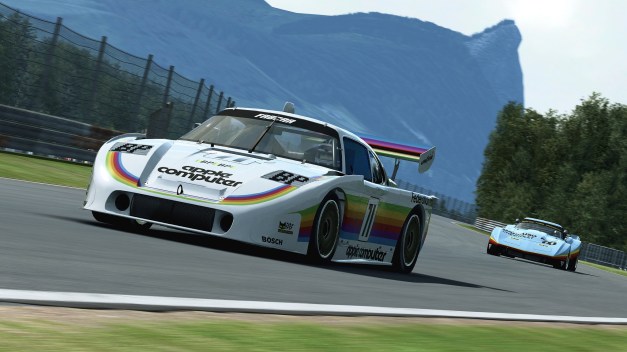 If I truly want to support them then perhaps I should also be a little more vocal in tackling problems in our community head on rather than avoiding them for an easy life. I’m in a position to be able to block it out, but if you’re the poor sod at the coalface and on the receiving end of the vitriol people throw, you can’t just keep ducking for cover.

What’s more, some of the bile will hit, and the potential effects of that loom large for all of us. Contrary to popular belief, video game developers are human beings, with feelings and emotions. When they are verbally attacked in a non-constructive, and sometimes downright cruel, way, just like the rest of us, they can be hurt. They can end up questioning why they do it. What’s more, I know for a fact that some do ask themselves the question.

Whilst I know little about the finances of any of the dev teams behind our most beloved and treasured titles, I can tell you that a number of the talented individuals who compose those teams could be making a lot more money and living a far easier life if they upped sticks and set up elsewhere. Prod them -make them question themselves enough about just why it is they are bothering- and we’ll soon lose them. When we lose the titles we hold dear, the development stops on racing simulators, and the community is left to ponder the mainstream offerings, will we then wish we’d acted? I’ll be damned if I’m going to sit by and watch us lose what we have.

I can’t protect the guys at ISI, Kunos, iRacing, Reiza, Sector3, SMS and so on from the nonsense that people throw around all of the time, and neither can anyone else. However, we can remind them of why they bother. This doesn’t mean blowing smoke up their arses and telling them they operate without fault. It just means rejecting some of the dialogue that all too often passes for normal, and forcing a shift toward constructive criticism and productive discourse. They say you shouldn’t feed the troll, but you can call someone out for disrespectful behaviour. In a respectful manner, obviously.

Will this happen? Will anything ever change? Probably not. But I know I’m fortunate to not just have a selection of great titles available, but also to know some of the great guys behind them. Right now, I don’t feel I can just sit here and say nothing. We as consumers may pay for these products, but these titles are the projects built from the passion of ordinary people. People will only take so much before they turn around and walk away. This truly is a great time to be a sim racer, and it’s in our collective power to keep it that way. It is arguably also our collective responsibility.

There’s no point me saying “Don’t be a dick” to the bile spouting imbecile; they won’t listen. I can, however, tell you not to tolerate them. Don’t let them ruin sim racing for the developers, because that will ruin it for everyone.

4 comments on “My Sim Is Bigger Than Your Sim”